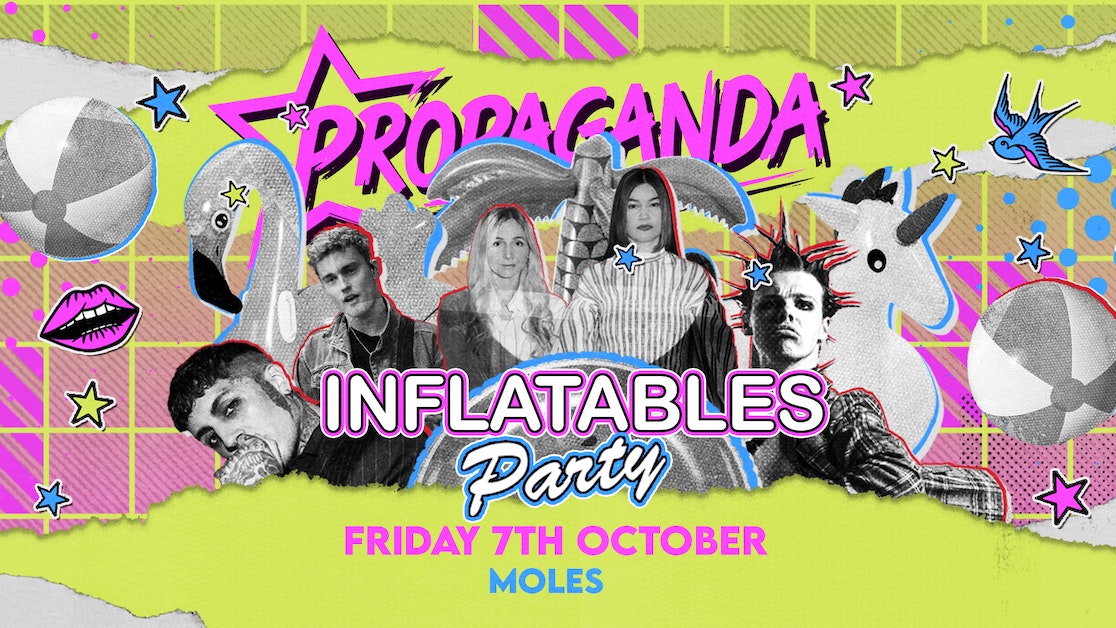 You know what makes a night of non-stop rock, alternative, and pop punk bangers even better? A whole load of inflatables. It’s going to get very silly.