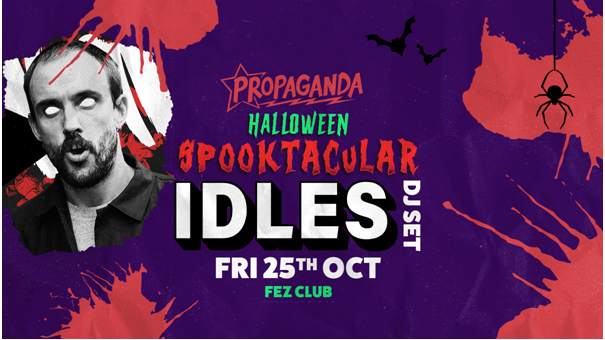 The one and only Joe from IDLES will be lighting up the Propaganda decks! Massive!

Plus we’re here to scare you senseless with a spine-chilling Halloween Spooktacular at freaky Fez Club! Expect gruesome decor that’s sure to give you nightmares for weeks… Round up your favourite ghoulfriends, hop on your brooms, and have a dead good time!