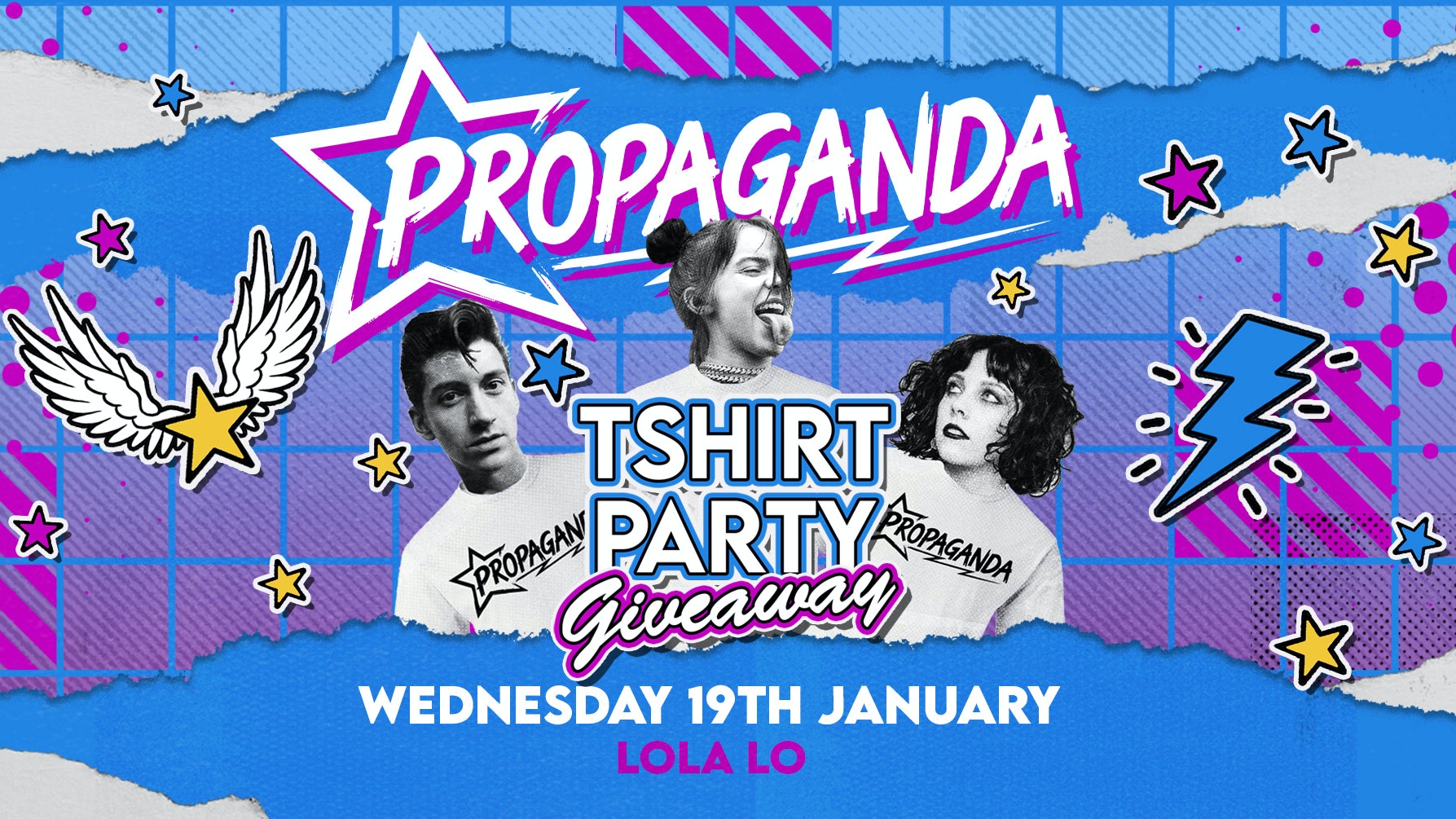 Propaganda is the UK’s biggest indie/alternative night! With huge numbers attending around the world each week. Expect an unrivalled audio-visual mix with our resident DJs playing everything from:
– Arctic Monkeys to The 1975
– Paramore to The Killers
– Billie Eilish to Gerry Cinnamon
– …and much more
Imagine festival vibes without the mud!
Propaganda’s DJs have played at some of the biggest festivals and events in the world! Including Glastonbury, Big Day Out, Reading & Leeds and Benicassim.
For recent playlists check out: Propaganda MixcloudOur latest Spotify playlist is here: Propaganda Spotify
Check out our radio show on Kerrang Radio with Propaganda resident DJ Christian Carlilse, every Saturday 9pm-1am!

Propaganda is proud to present 2 incredible rooms of music every Wednesday at Lola Lo Cambridge!