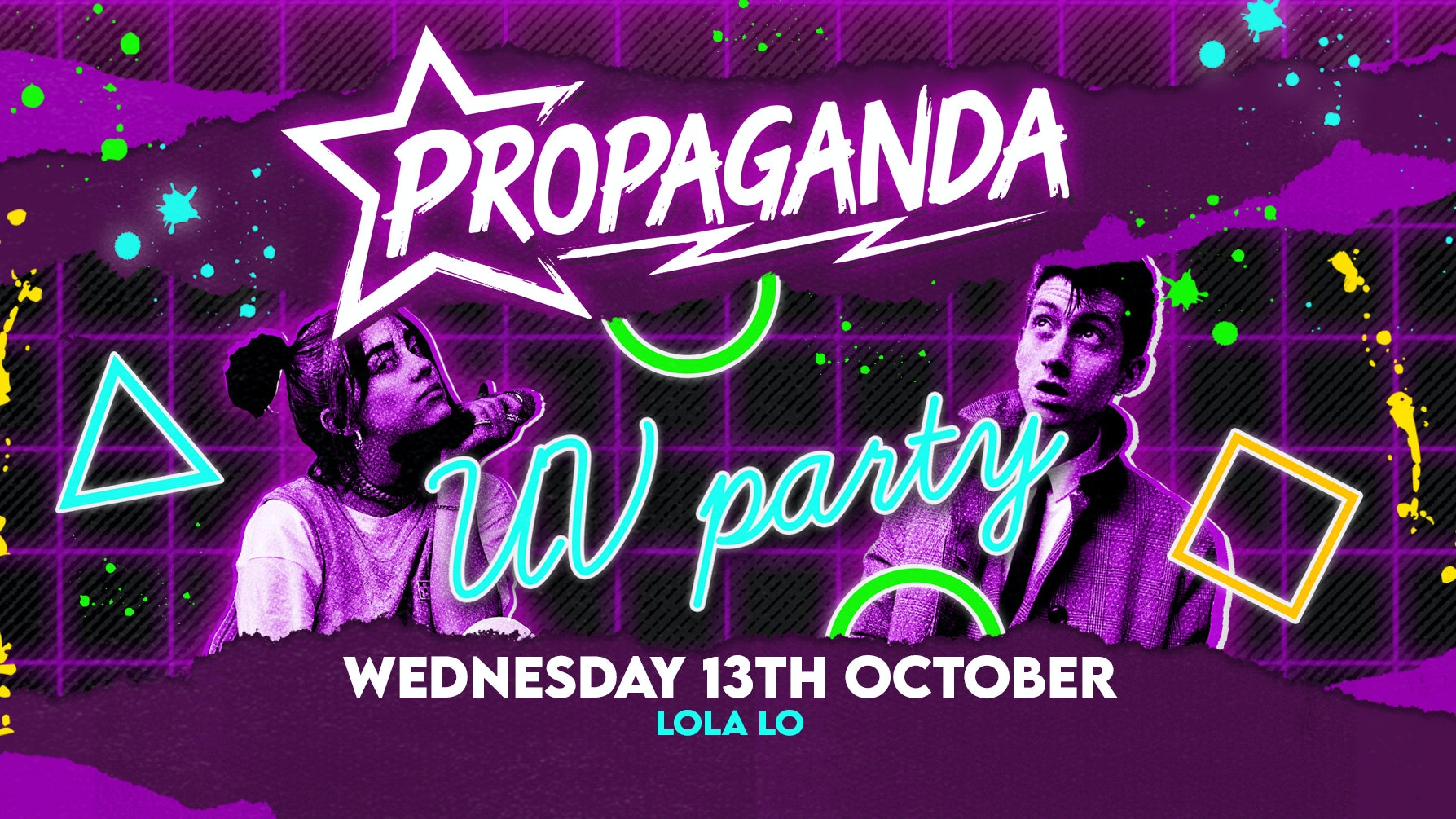 Join us for a huge UV Party with giveaways including 100’s of glow sticks! Expect loads of Glow In The Dark fun along with all your favourite Propaganda bangers!

Propaganda is the UK’s biggest indie/alternative night! With huge numbers attending around the world each week. Expect an unrivalled audio-visual mix with our resident DJs playing everything from:
– Arctic Monkeys to The 1975
– Paramore to The Killers
– Billie Eilish to Gerry Cinnamon
– …and much more
Imagine festival vibes without the mud!
Propaganda’s DJs have played at some of the biggest festivals and events in the world! Including Glastonbury, Big Day Out, Reading & Leeds and Benicassim.
For recent playlists check out: Propaganda MixcloudOur latest Spotify playlist is here: Propaganda Spotify
Check out our radio show on Kerrang Radio with Propaganda resident DJ Christian Carlilse, every Saturday 9pm-1am!

Propaganda is proud to present 2 incredible rooms of music every Wednesday at Lola Lo Cambridge!