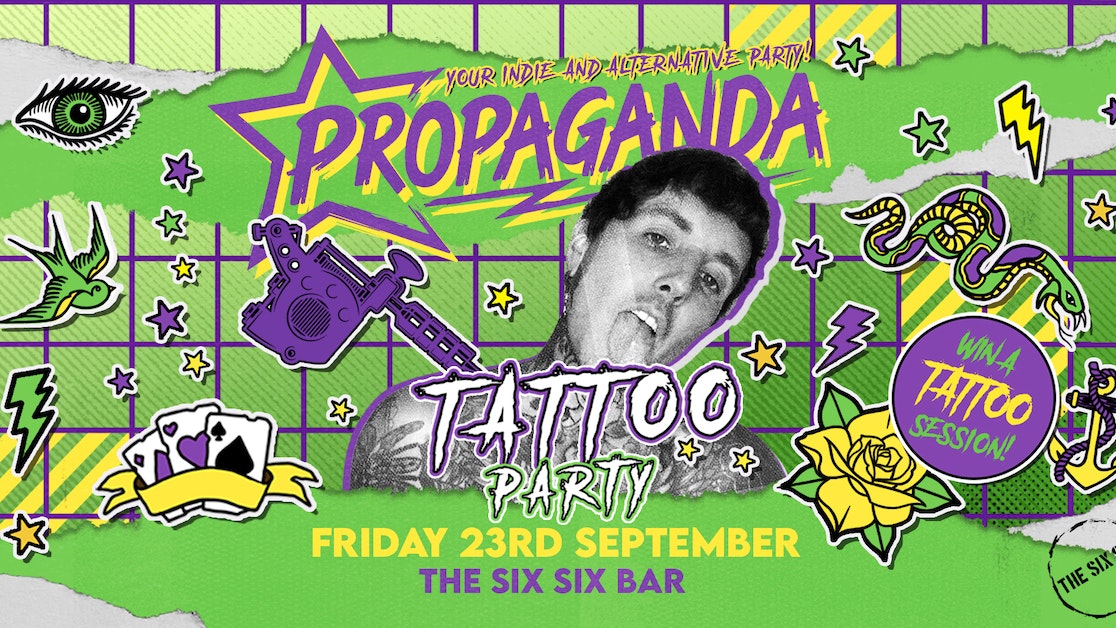 It’s those indie bangers you know and love, all night long… Propaganda is back BABY!

This week we’re getting a little crazy and holding a competition to WIN a tattoo session.

As well as your weekly dose of alternative, pop punk, emo, and indie music, grab an advance ticket now to be entered into the drawer to win a tattoo session on us!


Expect every singalong anthem from The Killers, Arctic Monkeys, The 1975, Tame Impala, Pale Waves and many more. But Props, I wanna wear my skinny jeans and chequered Vans?!! Never fear my pop punk friend, we’ve got plenty of My Chemical Romance, Paramore, and Fall Out Boy just for you.

So what are you waiting for?

Propaganda Bath is every Friday at The Six Six Bar!