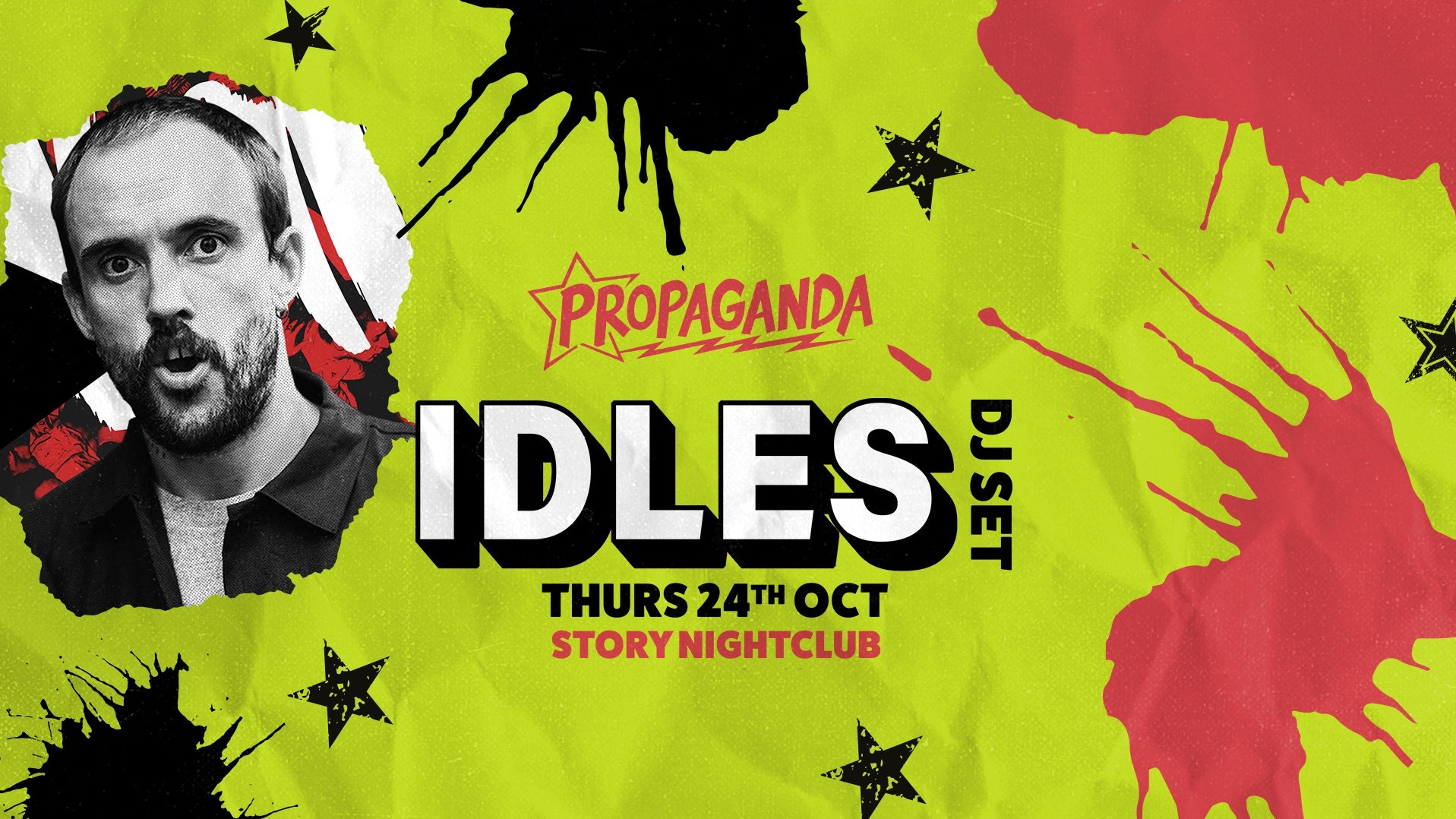 The one and only Joe from IDLES will be lighting up the Propaganda decks at Story Nightclub on October 24th! Massive!