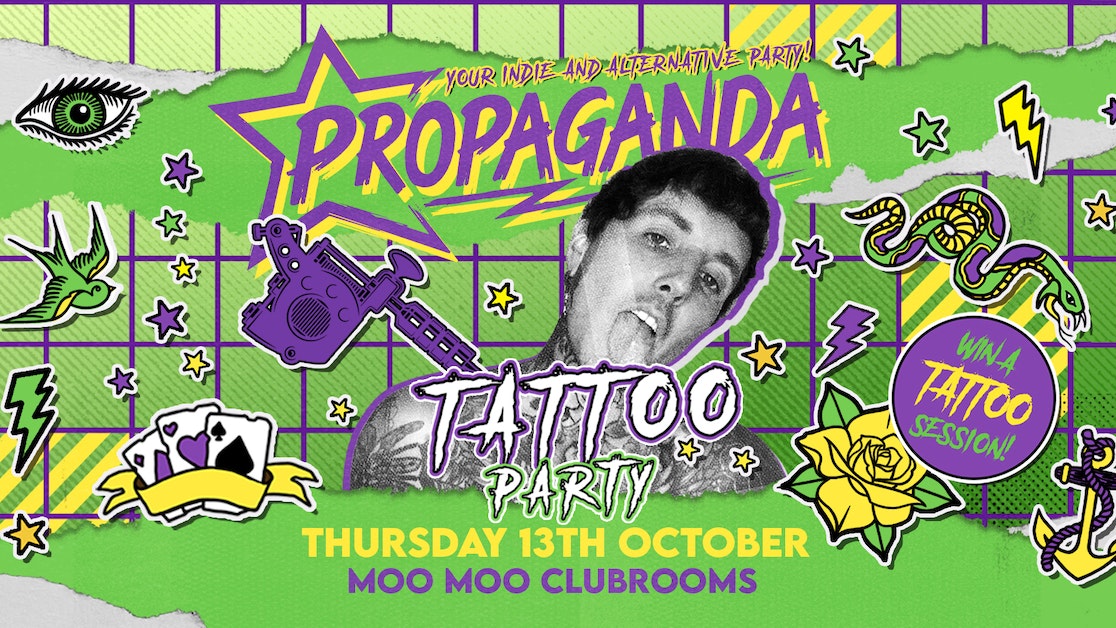 This Saturday we’re getting a little crazy and holding a competition to WIN a tattoo session.

As well as your weekly dose of alternative, pop punk, emo, and indie music, grab an advance ticket now to be entered into the drawer to win a tattoo session on us.