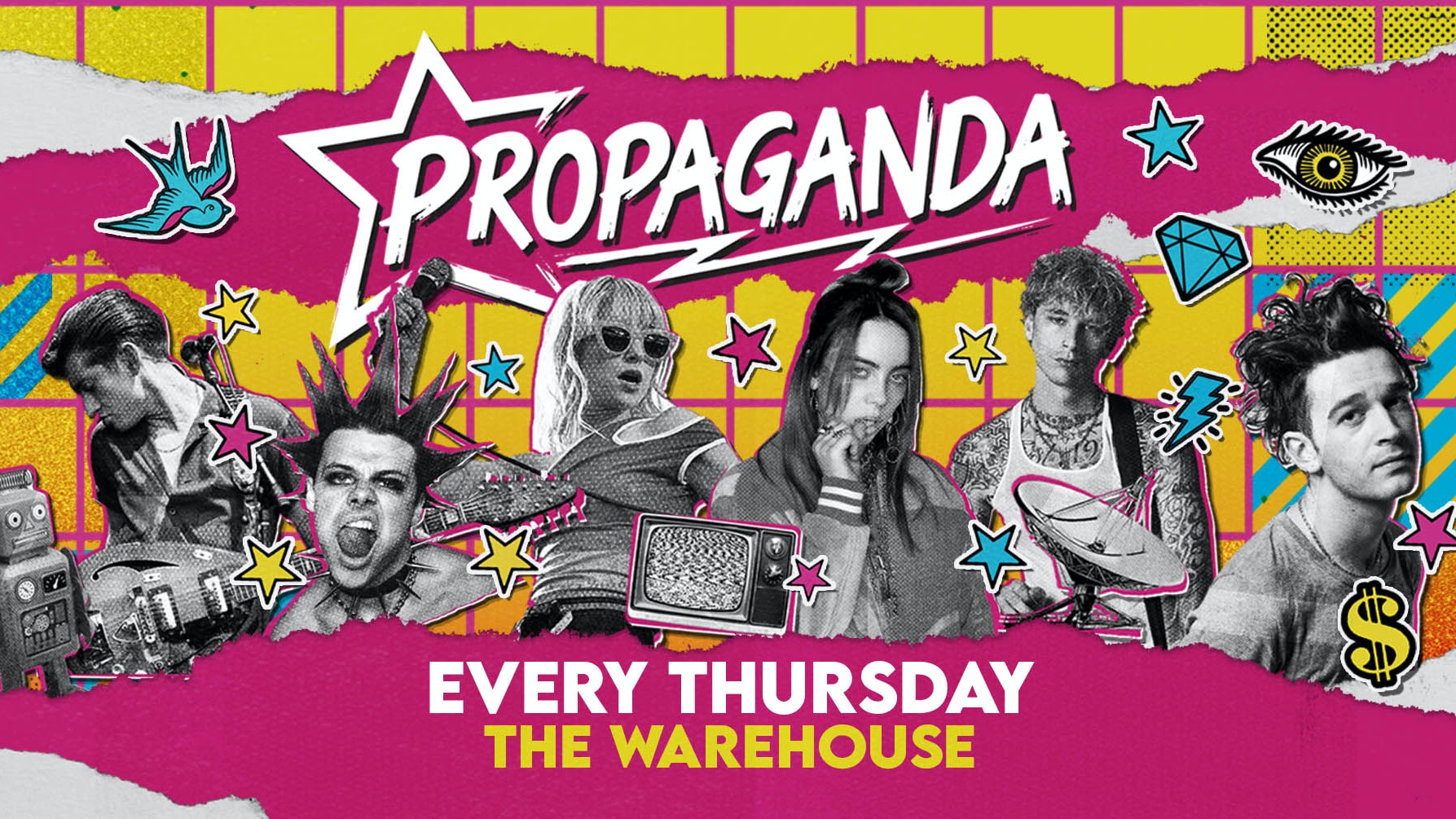 Propaganda is the UK’s biggest club night with over 20 weekly club nights across the UK, Australia and Brazil. Over 20,000 people attend the club night around the world each week. You can expect an unrivalled audio-visual mix with our resident DJs playing everything from Arctic Monkeys to The 1975, Paramore to The Killers, Billie Eilish to Gerry Cinnamon and much more. Imagine festival vibes without the mud!

Propaganda every Thursday at The Warehouse!
DRINKS FROM £1.50
11pm-3am
Over 18s Only