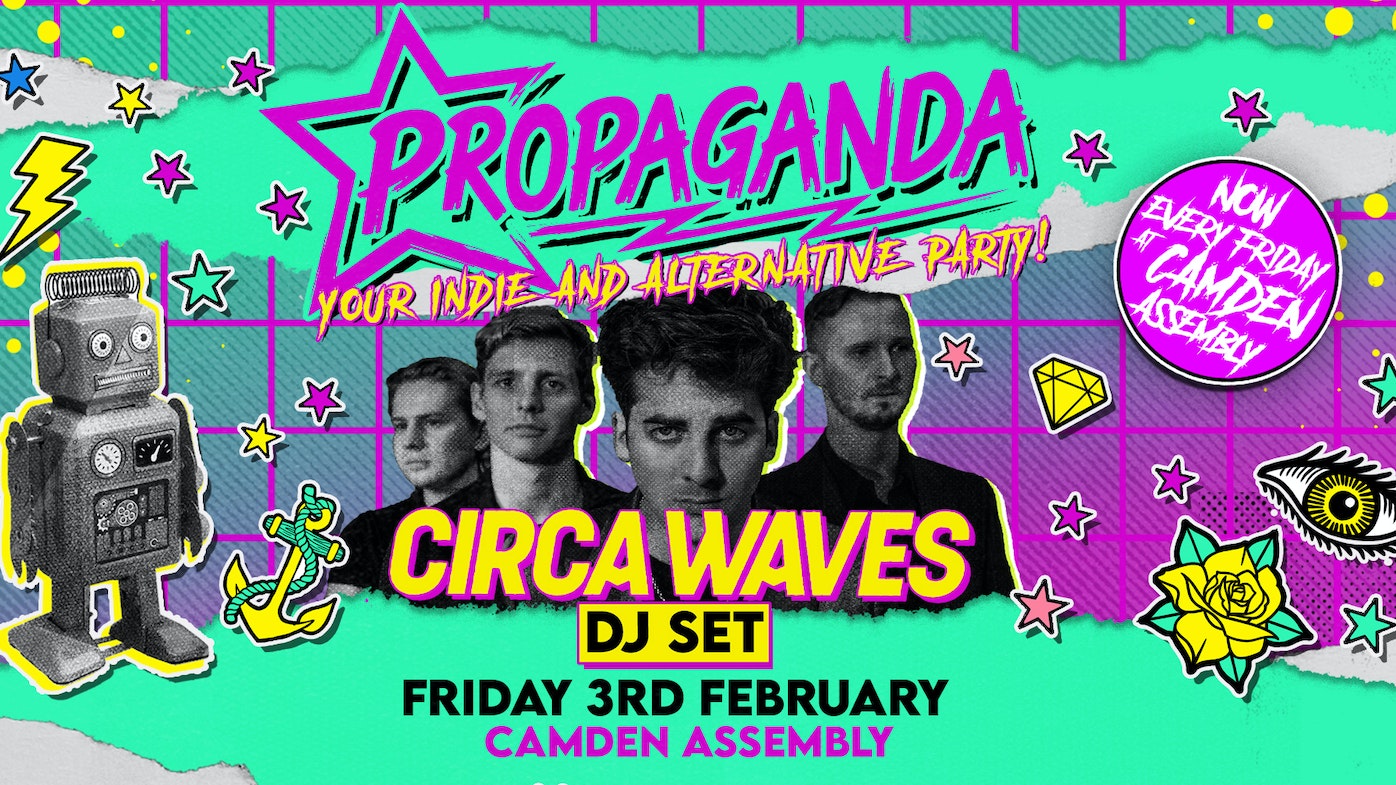 We are incredibly excited to be welcoming indie legends Circa Waves to the Propaganda London decks this Friday, at Camden Assembly!

The band’s newest album ‘Never Going Under’ has been played non-stop in the Propaganda office since it dropped earlier this month 🎸 With huge bangers like ‘Do You Wanna Talk’ and ‘Hell on Earth’, Circa Waves are truly at the top of their game right now!

This Friday is going to be incredibly special, so don’t miss out! Plus indie karaoke returns downstairs for you to belt out your favourite indie classics 🎤

Grab a ticket to guarantee your entry, and we’ll see you down the front 🙌

Squeeze into those skinnies, put on waaaay too much eyeliner, slip into those chequered Vans and enjoy anthem after anthem from:

Guarantee your entry with an advance ticket.
Over 18s, ID required