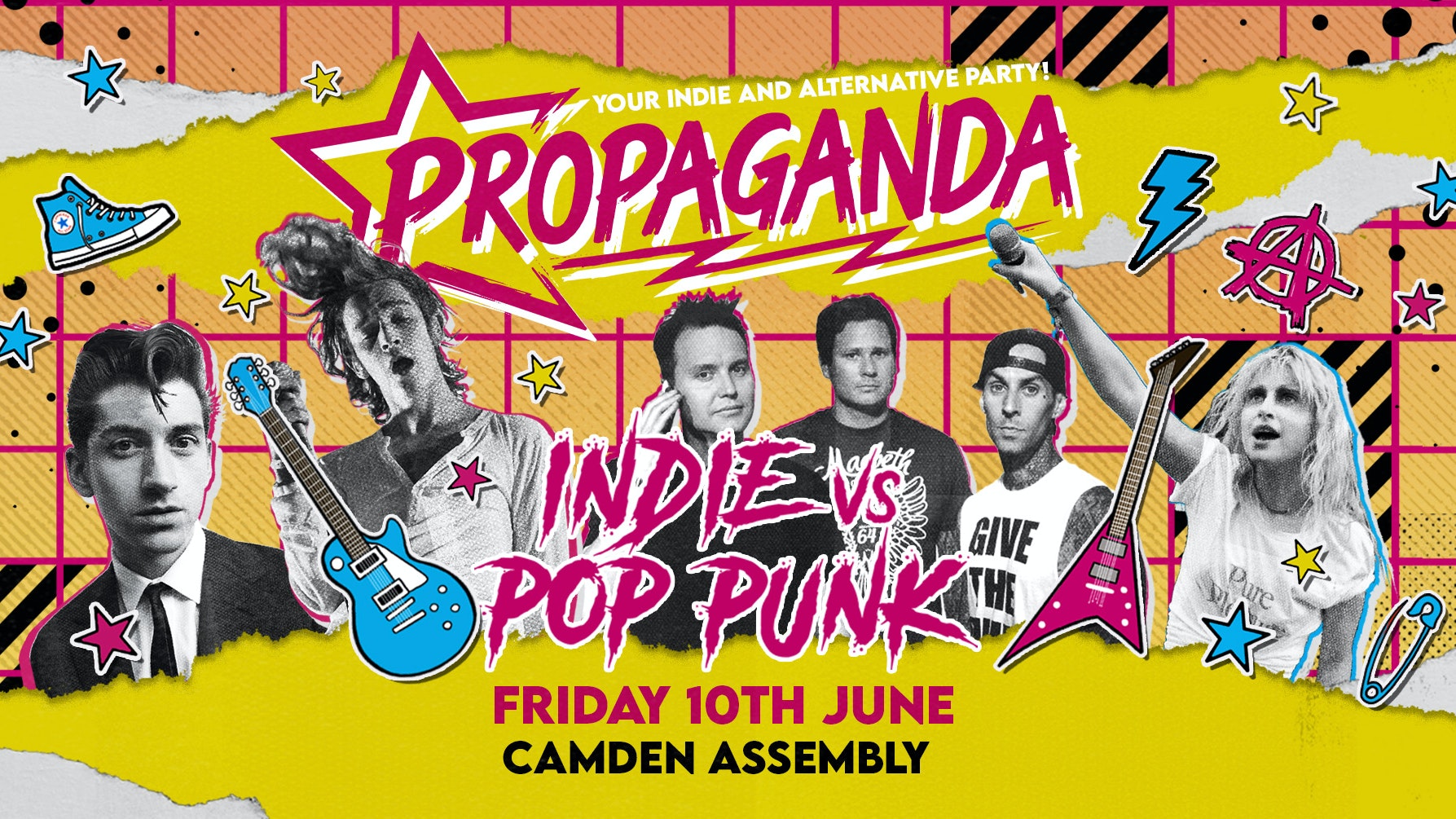 Indie VS Pop-Punk! 1975 VS Paramore, The Killers VS Fall Out Boy, join Propaganda as these giants go head-to-head at their HUGE party! If you’ve got a Crush Crush Crush or fancy yourself a bit of a Fluorescent Adolescent then grab yourself an advance ticket and see you on the dancefloor!

Expect an unrivalled audio-visual mix, with Arctic Monkeys to The 1975, Paramore to The Killers, Billie Eilish to Tom Grennan and much more! All your favourite indie classics, rock anthems and pop punk in the upstairs room, with pop bangers downstairs!

See you on the dancefloor.