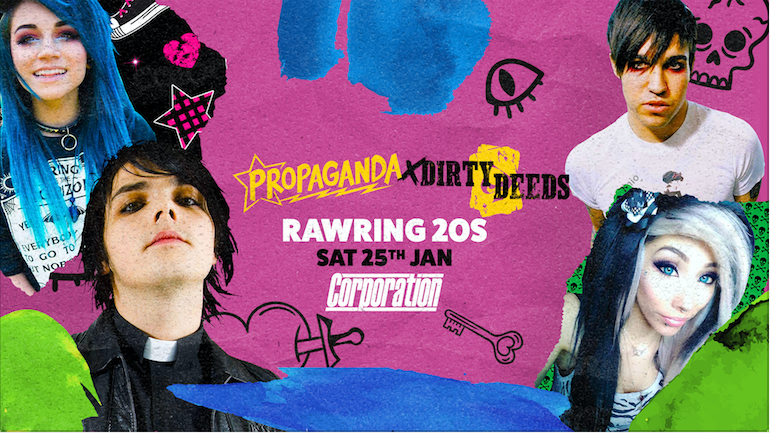 Get your emo on, the Rawring 20s are here!

Expect an unrivalled audio-visual mix with our resident DJs playing everything from:

– Bring Me The Horizon to My Chemical Romance
– Panic! At The Disco to Fall Out Boy
– Paramore to Blink-182
– Green Day to All Time Low
– as well as all your favourite indie/alternative bangers!