At Propaganda you can expect an unrivalled audio-visual mix with our resident DJs playing everything from Arctic Monkeys to The 1975, Paramore to Ed Sheeran, The Killers to Pale Waves and much more. Imagine festival vibes without the mud! 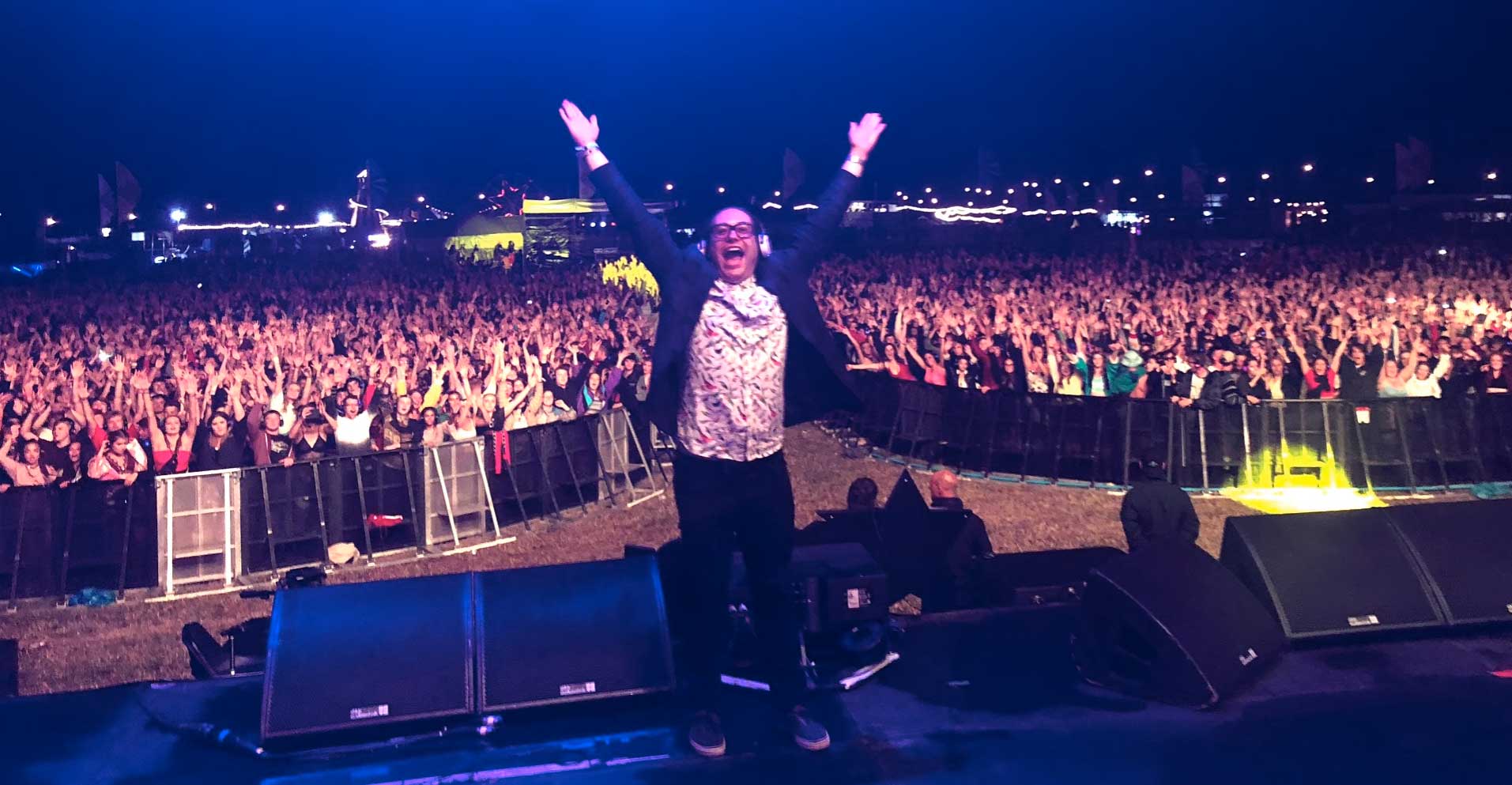 Propaganda was created by DJ Dan at the age of 20 in a small 200 capacity club, using his student loan while studying at Bristol University. It has grown to the UK’s biggest club night with weekly events in over fifteen cities across the UK. Propaganda has also thrown parties in Australia, America, Brazil and Ibiza. Every week around 25,000 people attend Propaganda across the globe!

Propaganda hosted the aftershow party in LA for Red Hot Chili Peppers & Will Ferrell’s arena show. Propaganda has featured at some of the biggest festivals including Glastonbury, Reading and Leeds Festival, Bestival, Oxegen, Benicassim and Australia’s Falls Festival and Big Day Out. We hosted the world’s biggest silent disco ever with 18,000 people at Boardmasters Festival with Silent Disco King.

DJ Dan became Oasis’ aftershow DJ and joined them on several tours to play their aftershow parties including their final stadium tour.  He has continued to play for Noel Gallagher and played his end of world tour party. DJ Dan has also DJed for Arctic Monkeys and The Stone Roses. He has played an 11 hour solo DJ set at Glastonbury Festival and has DJed indie across Europe, Australia, America, Brazil, Hong Kong, Dubai, Abu Dhabi and Kula Lumpur. DJ Dan regularly plays at Propaganda along with our team of DJs across the UK!

At Propaganda we are proud to be able to call ourselves the UK’s biggest club night. If you haven’t already, it’s time to find out why 25,000 people every week choose to spend the night with us!

For recent playlists check out: Propaganda Mixcloud
Our latest Spotify playlist is here: Propaganda Spotify
And check out our radio show on Kerrang! Radio with Propaganda resident DJ Gabby, every Saturday 7pm-10pm!