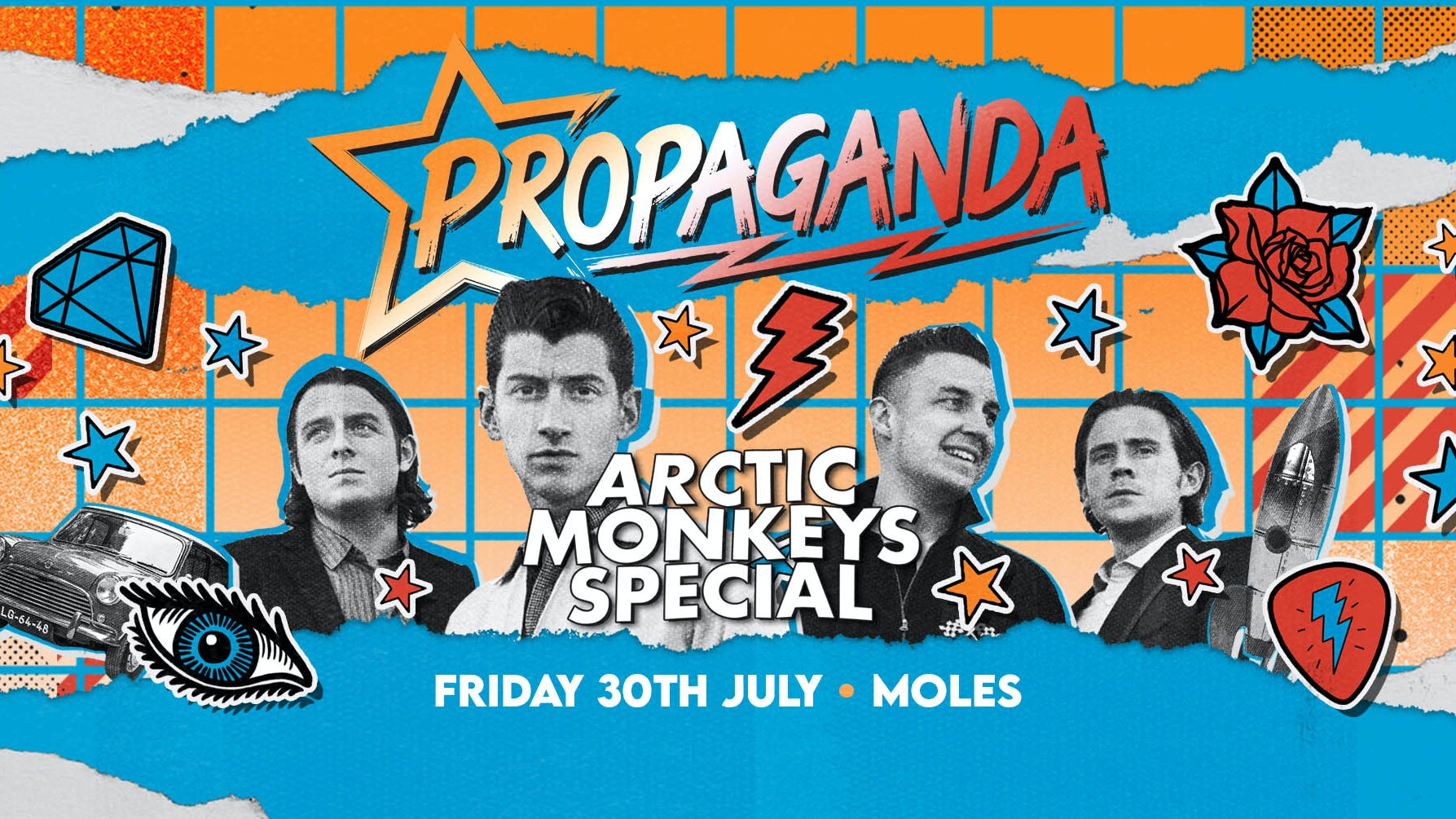 They say when the sun goes down the only place to be is at Propaganda! So come dance like a robot from 1984 ‘coz if this feeling goes both ways there’s no need to look so conspicuous, snap out of it!

Will the music be the same I hear you say?….. Of course! You can expect your usual weekly mix of new and classic indie bangers with a pinch of pop-punk for good measure. Remember all those memes saying that it will be epic once we can all get together and sing Mr Brightside in a club again….. well, let’s make this happen, shall we?!

We strongly advise you to grab an advance ticket for our first party back as it will be a roadblock.
Propaganda’s DJs have played at some of the biggest festivals in the world including Glastonbury, Big Day Out, Reading & Leeds and Benicassim as well as at events in Ibiza, USA, Brazil & across the UK! Previous guests who have DJed or performed live at Propaganda include James Corden, Ed Sheeran, Mumford & Sons, Vampire Weekend, Calvin Harris, Haim, Bastille, Ellie Goulding, Foals, Zane Lowe, Busted, Frank Turner, Greg James and much more…