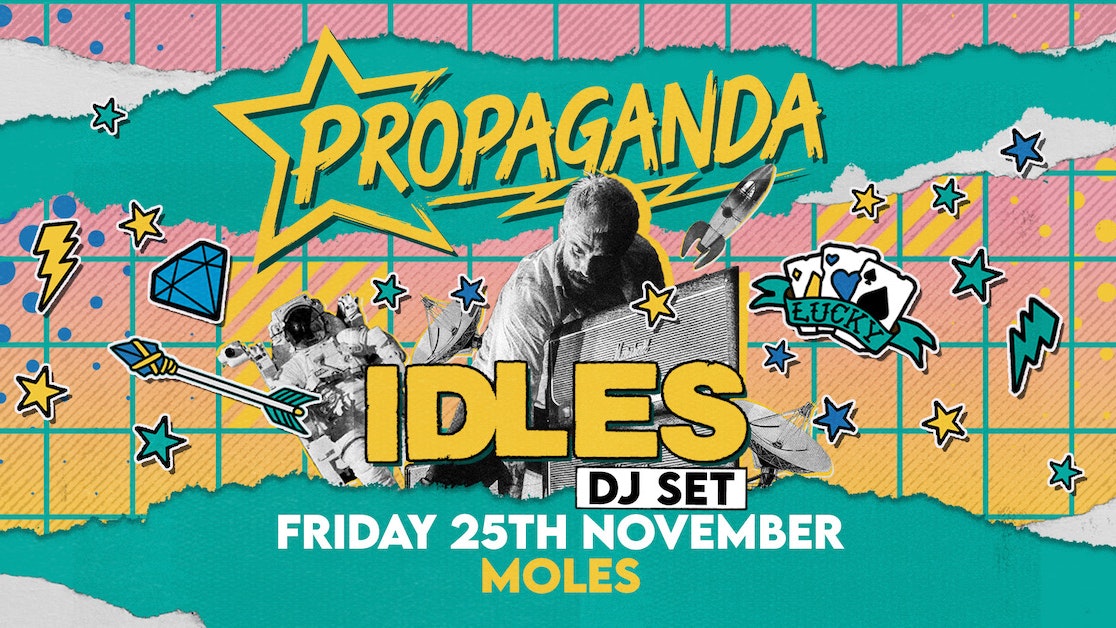 November 25th can’t come quickly enough as we welcome local heros IDLES for an exclusive DJ Set!
We strongly recommend grabbing an advance ticket for this one as this is set to be a roadblock…. Expect all the best new and classic indie and pop-punk bangers!

Want the VIP treatment? Email josh@thepropaganda.com for birthdays and socials and we’ll make sure you have a blast!Guarantee your entry by grabbing an advance ticket NOW!