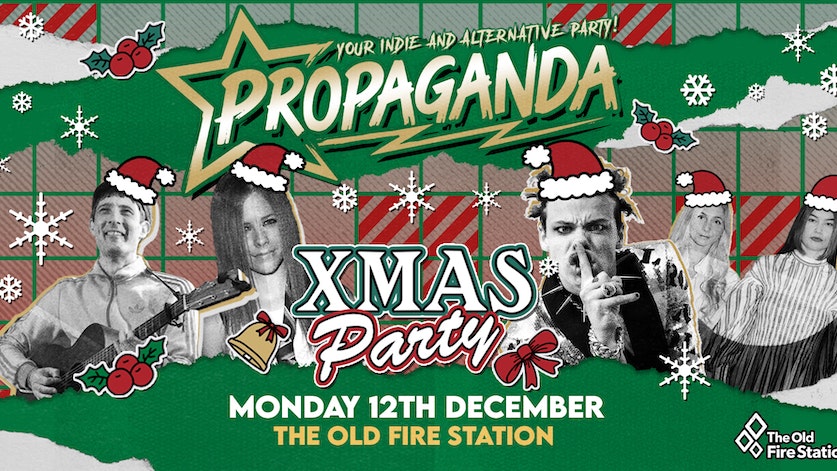 That’s right rockstars, Propaganda is coming to Bournemouth’s most iconic venue, bringing the best cutting-edge Ding dong merrily on Props, Christmas has come early this year as Propaganda returns to the legendary Old Fire Station for a huge festive party!

Come dressed in your best (or let’s face it worst) Christmas jumper, enjoy free mince mince pies and festive giveaways, as we deck the halls with non-stop bangers from:

Propaganda’s DJs have played at some of the biggest festivals in the world including Glastonbury, Big Day Out, Reading & Leeds and Benicassim. Propaganda Records released Yungblud’s first vinyl record, ‘I Love You Will You Marry Me’, and Yungblud performed a live Propaganda tour across our UK events in 2017!