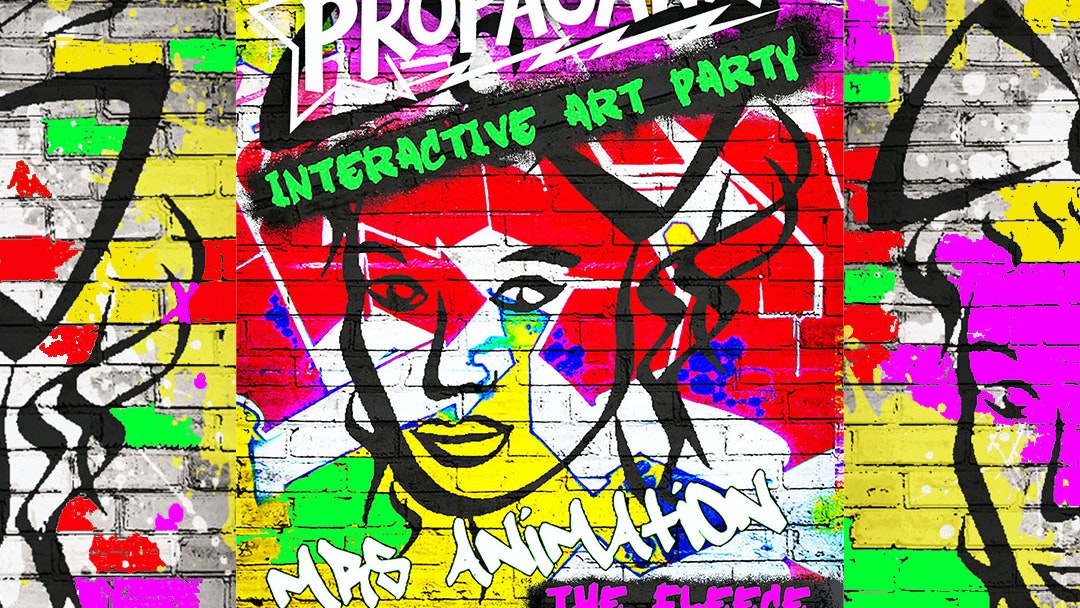 We’re getting arty at Propaganda Bristol this week! On the night you’ll be able to use a QR code to download an app, which will make things come to life like you’ve never seen before. Don’t miss out on this unique experience!

All thanks to the incredible work of Mrs Animation.

Arguably the most up and coming artist out there, Mrs Animation is setting the pop art world by storm. She sets out to amaze and give you visual delights that make art recognisable as one of the most magical trades on this planet. Yet, Mrs Animation herself has not yet put her face to her work.

Mrs Animation captures you in her hypnotic, trippy animations linked to her eye catching, humorous artworks. She works in a range of mediums usually mixing the old with the new.