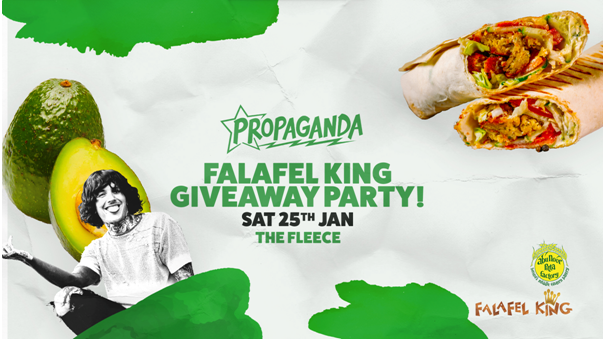 We’re teaming up with Bristol institute Falafel King this week for a massive giveaway! Expect 100s of Shawarmas while you party to delicious indie/alternative bangers!