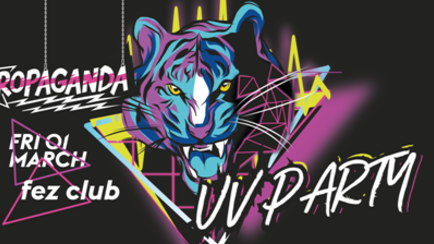 Come down in your brightest attire for a night of colourful antics at our UV Party! Guaranteed to be a HUGE night of glow in the dark mayhem!