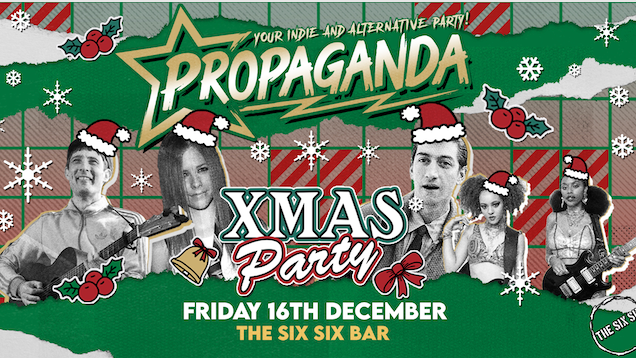 Get ready to jingle bell ROCK at Propaganda’s legendary Christmas Party! 🤘🎄 Whether you’re naughty or nice, join us at The Six Six Bar to sing along to all the classic Christmas tunes mixed with our signature indie, alternative anthems!

Propaganda Cambridge is every Friday at The Six Six Bar.