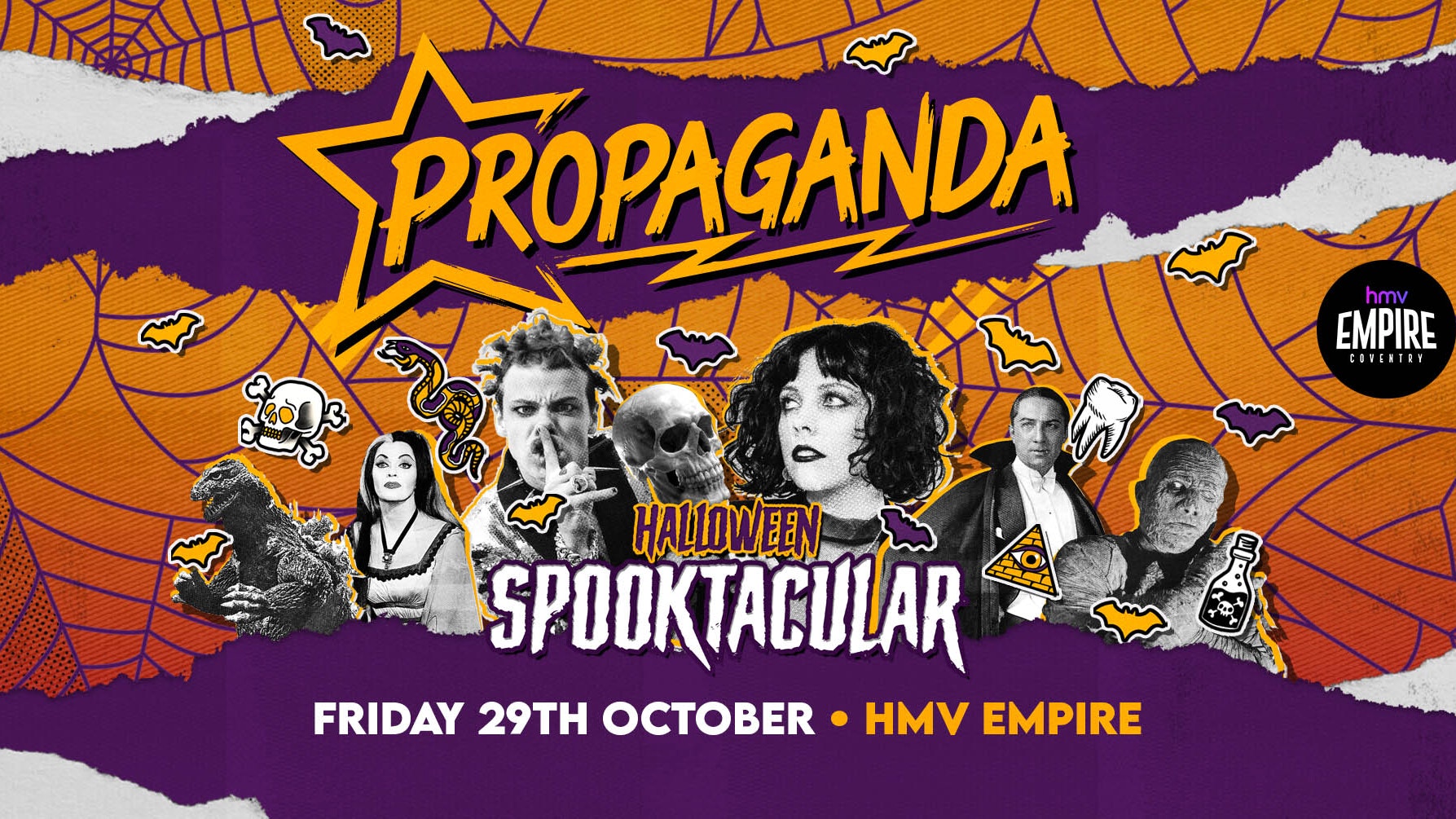 Ready for a propa-terrifying night? Round up your favourite ghoulfriends, hop on your brooms, and have a dead good time! We’re here to scare you senseless with a spine-chilling Spooktacular at HMV Empire! So expect gruesome decor that’s sure to give you nightmares for weeks… It’s going to be a horrifying night for all with lots of spooky surprises, plenty of tricks (and maybe some treats)!

Catch us every Friday at hmv Empire Coventry!