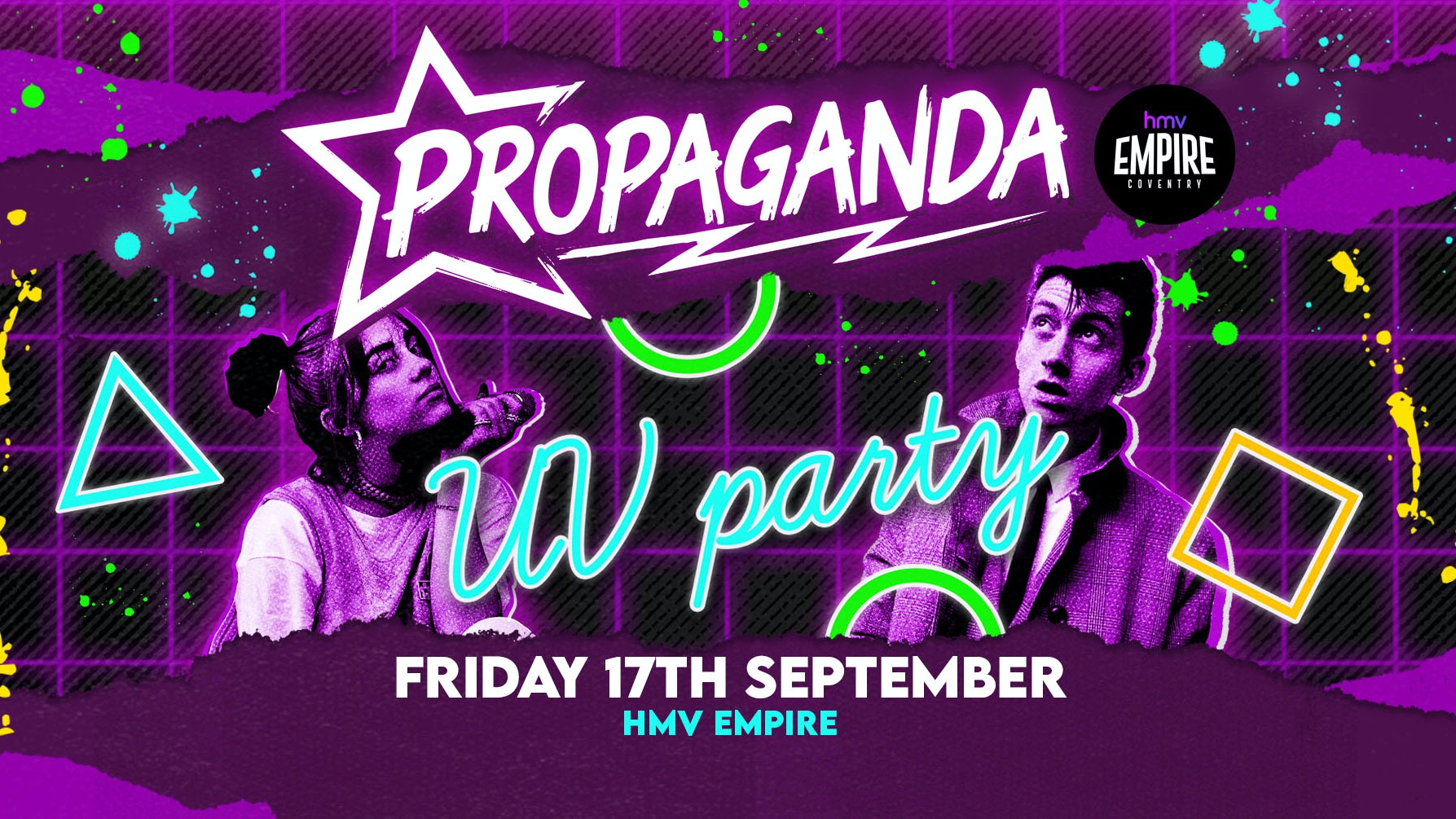 We are so excited to run every Friday at hmv Empire Coventry from 17th September!

Join us for a huge UV Party with giveaways including 100’s of glow sticks! Expect loads of Glow In The Dark fun along with all your favourite Propaganda bangers!