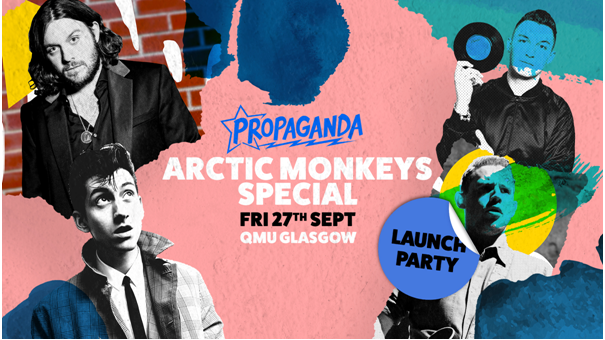 We’re baaaaack Glasgow! We are so excited to be returning, to our new home QMU. Join us to celebrate at our Launch Party on Friday 27th September with a huge Arctic Monkeys Party!

For recent playlists check out: Propaganda Mixcloud
Our latest Spotify playlist is here: Propaganda Spotify
And check out our radio show on Kerrang Radio with Propaganda resident DJ Gabby, every Saturday 7pm-10pm!
————————————————————–
Propaganda every Friday at QMU!
10pm-2am
Over 18s Only