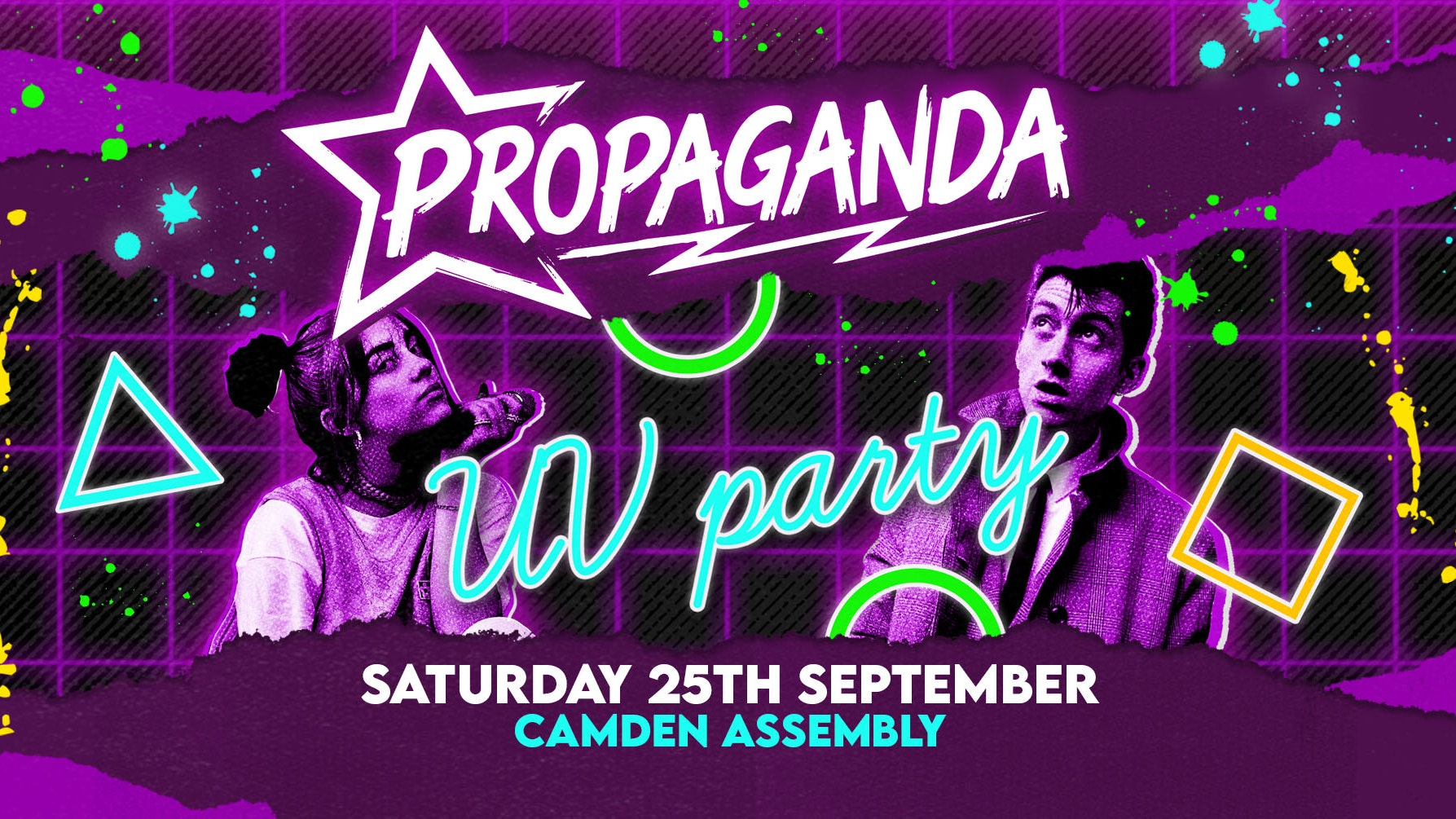 Calling all fluorescent adolescents! Join us for a huge UV Party at Camden Assembly with giveaways including 100s of glow sticks!

Propaganda London is every Saturday at at Camden Assembly.