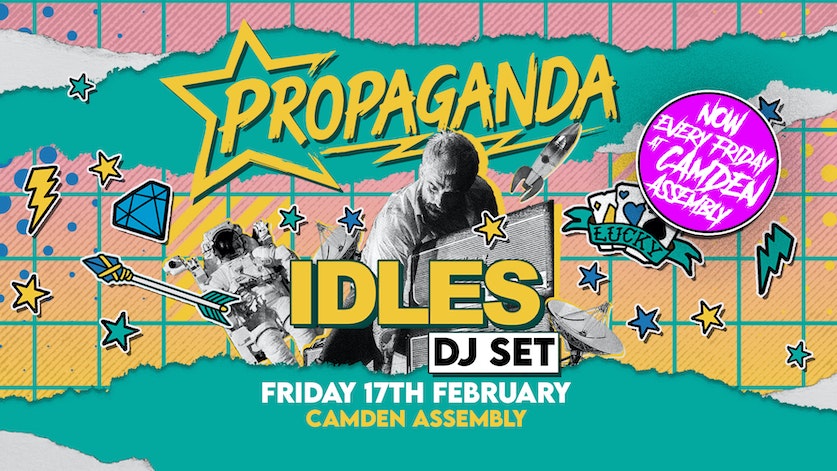 Are you ready Camden? The legendary Idles are joining Propaganda at Camden Assembly on Friday 17th February for a stormer of a DJ set!
Formed in Bristol (just like Propaganda!), the acclaimed rockers have gone from strength to strength with standout tracks like ‘Well Done’ and ‘Mother’, and they are now nominated for not one but two Grammy Awards this year! The Guardian previously described them: “Like no other British rock band of their generation, Idles offer a sense of resilient belonging, rendering pain fertile and ugliness majestic.”
Don’t miss your chance to catch them behind the decks!

Everybody calm down! Yes, the rumours are true, the UK’s biggest alternative club night is coming back to the incredible Camden Assembly! And if this was not enough…… they are coming back weekly on Fridays!

That’s right rockstars, Propaganda is coming to Camden’s most iconic venue, bringing the best new and classic indie, alternative, pop punk, rock, and much much more!

Squeeze into those skinnies, put on waaaay too much eyeliner, slip into those chequered Vans and enjoy anthem after anthem from:

Guarantee your entry with an advance ticket.
Over 18s, ID required