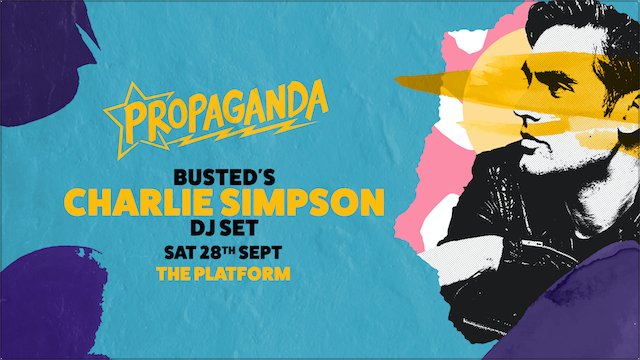 Charlie Simpson is what you go to school for, and the Busted/Fightstar legend will be on the decks to take you to the year 3000 at Propaganda!