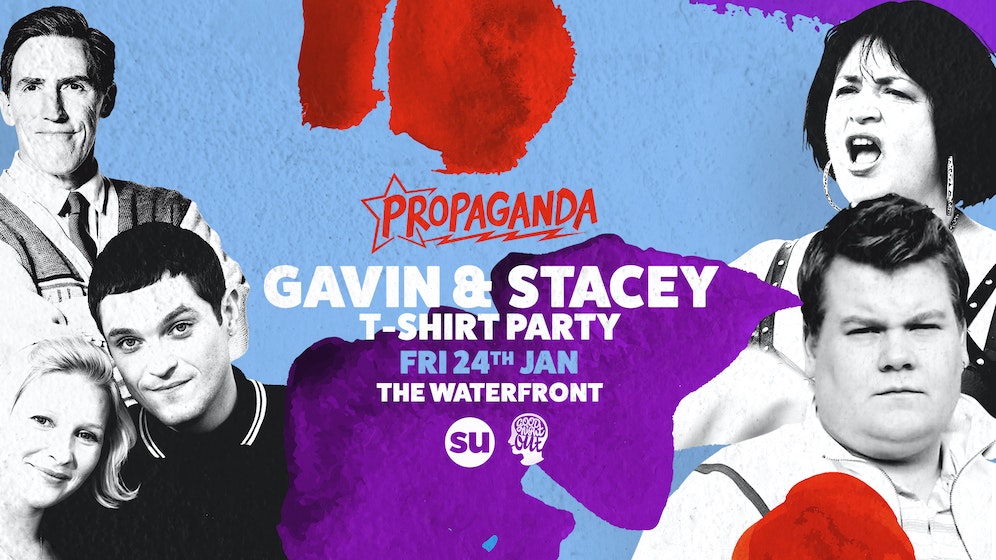 Something tells us you guys love T Shirt parties! After amazing feedback from our other Propaganda events across the party it wouldn’t be right if we didn’t bring it to Norwich!

Oh, What’s Occurring? I won’t lie to you, we’re throwing a well lush Gavin & Stacey party and we’ve got 100s of Gavin and Stacey t shirts to give away!