Propaganda Norwich – Green Day Vs Weezer Vs Fall Out Boy 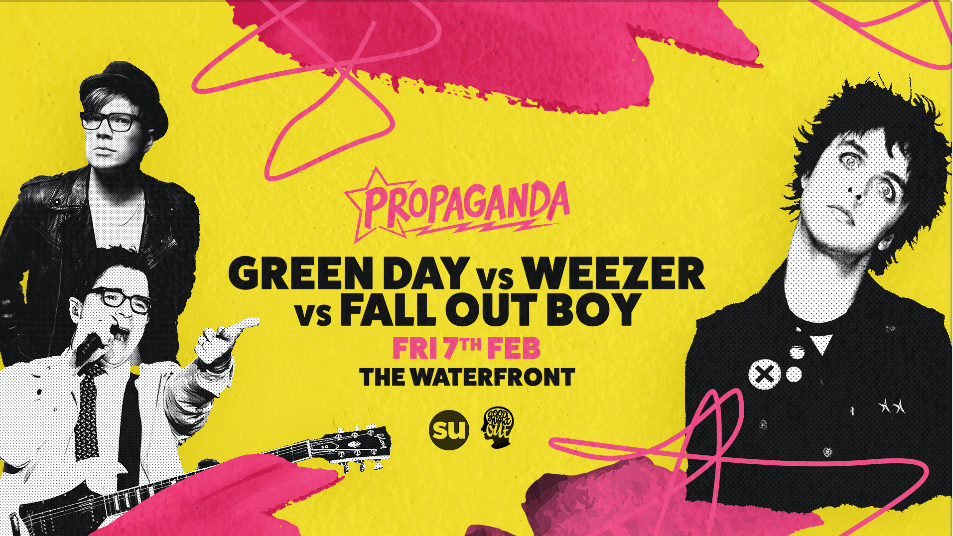 Propaganda’s DJs have played at some of the biggest festivals and events in the world! Including Glastonbury, Big Day Out, Reading & Leeds and Benicassim.
For recent playlists check out: Propaganda Mixcloud
Our latest Spotify playlist is here: Propaganda Spotify
Check out our radio show on Kerrang Radio with Propaganda DJ Gabby! Every Saturday 7pm-10pm.
———————————————————-
Propaganda is proud to present 2 incredible rooms of music every Friday at The Waterfront, Norwich:
:: Main Room – Propaganda
An unrivalled audio visual mix of the best current and classic indie music
:: Room 2 – Rock-It
Norwich’s alternative pop-punk party, every Friday upstairs in The Studio!