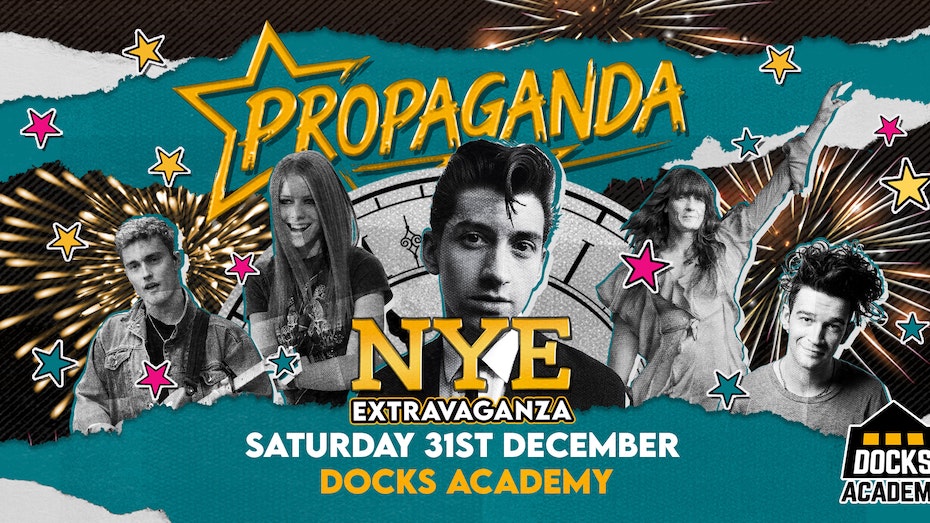 Grimsby, are you ready for a NYE party like no other at Docks Academy! After last year’s sold out Party, there was only one thing to do…. throw another NYE Extravaganza!!!!
Who wants to ring in the new year with the sound of Arctic Monkeys, Avril Lavigne, Sam Fender, The Killers, Paramore, and many many more of your favourite indie bands (might even throw a pinch of Pop-Punk for good measure….)
Basically, where’s the New Years Eve Party where you can wear your skinny jeans….. expect bangers after bangers of the sleaziest indie rock!
Now listen up rockstars, this will sell out fast, so grab your advance ticket NOW to make sure you ring in 2023 the right way!

Propaganda’s DJs have played at some of the biggest festivals in the world including Glastonbury, Big Day Out, Reading & Leeds and Benicassim. Propaganda Records released Yungblud’s first vinyl record, ‘I Love You Will You Marry Me’, and Yungblud performed a live Propaganda tour across our UK events in 2017!