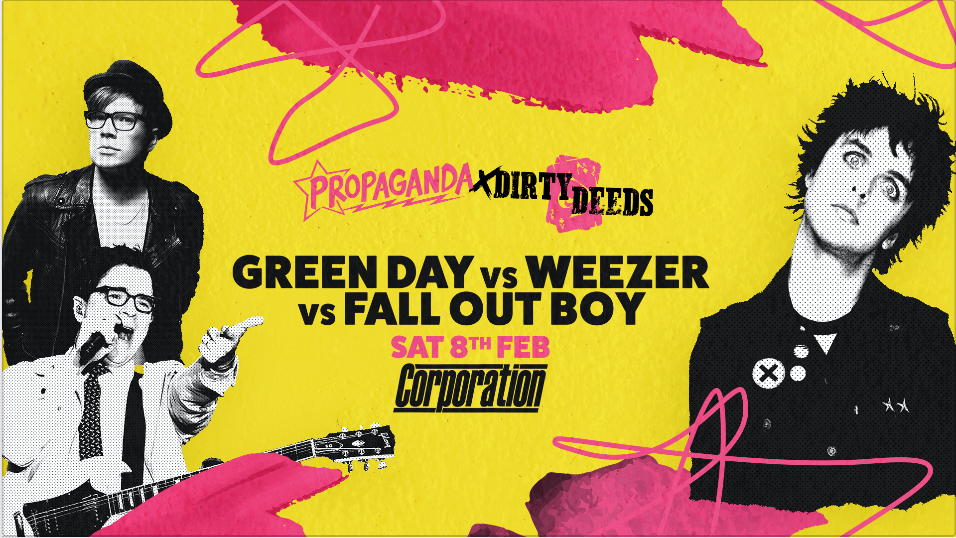 Propaganda’s DJs have played at some of the biggest festivals and events in the world! Including Glastonbury, Big Day Out, Reading & Leeds and Benicassim. Previous guests who have DJed or performed live at Propaganda include James Corden, Ed Sheeran, Mumford & Sons, Vampire Weekend, Calvin Harris, Haim, Bastille, Ellie Goulding, Foals, Zane Lowe, Busted, Frank Turner, Greg James and many more…
For recent playlists check out: Propaganda Mixcloud
Our latest Spotify playlist is here: Propaganda Spotify
Check out our radio show on Kerrang Radio with Propaganda DJ Gabby! Every Saturday 7pm-10pm.
————————————————————————
We are proud to team with Dirty Deeds to present 3 incredible rooms of music every Saturday at Corporation, Sheffield:
:: Main Room – Propaganda
:: Rooms 2 & 3: Dirty Deeds
All the best in Rock And Alternative!