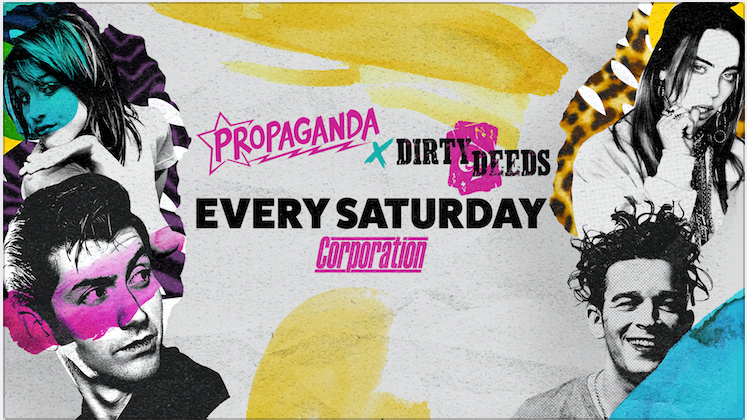 Propaganda is the UK’s biggest indie/alternative night! Expect an unrivalled audio-visual mix with our resident DJs playing everything from: