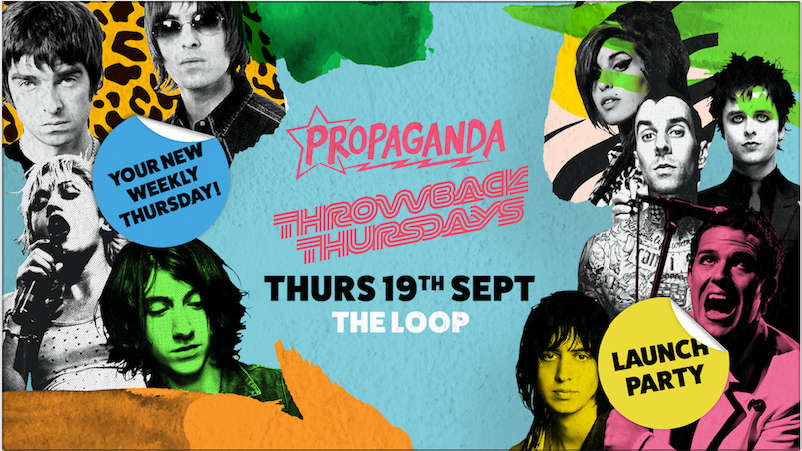 We’re taking you back to the 90s & 00s every Thursday at The Loop, with Propaganda DJs playing everything from Oasis to Arctic Monkeys, Amy Winehouse to The Strokes, The Killers to Green Day and much more!

Over in room 2 Popaganda provides your favourite, pop, dance and party bangers.
Join us for a huge launch party on 19th September, and say you were there when it all began!
Thursdays will never be the same again…

——————————————————————————————
Propaganda is the UK’s biggest indie/alternative night, and our DJs have played at some of the biggest festivals in the world including Glastonbury, Big Day Out, Reading & Leeds and Benicassim as well as at events in Ibiza, USA, Brazil & across the UK! Previous guests who have DJed or performed live at Propaganda include James Corden, Ed Sheeran, Mumford & Sons, Vampire Weekend, Calvin Harris, Haim, Bastille, Ellie Goulding, Foals, Zane Lowe, Busted, Frank Turner, Greg James and much more…
——————————————————————————————